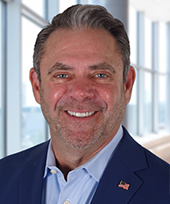 Lou Sarris grew up in Northeast Philadelphia and moved to the Atlanta area in 1999.

He began his career in the mortgage industry with one of Georgia’s largest residential lenders where he quickly climbed the ranks to Sr. Vice President of Northeast Sales where he led 100+ associates and oversaw over 800 million in originations annually.

With over 20 years’ experience in sales and branch management in the mortgage industry, Lou is considered a seasoned veteran among his peers. He has consistently been one of the top producers in the country, has been named multiple times in Mortgage Originator magazine as Rookie of the Year and one of Top 200 Originators in the Nation.

Lou has surrounded himself by a team of seasoned professionals that are committed to outstanding customer service with an intense focus on speed, professionalism, and courtesy. With this strategy, Lou has closed over $750 million in loan transactions for over 4,000 customers throughout the southeastern United States.

Several years ago, he joined forces with two longtime business partners and top producers in the industry to build Northpoint Mortgage. He felt his passion to lead mortgage professionals and to continue to build life-long relationships with his clients was best utilized in this new environment.

The company’s philosophy to “serve others before self” is something taken very seriously. With over 60 years of combined experience in mortgage lending, his team is one of the highest producing and most respected in the industry, unrivaled in their ability to provide customers with the most comprehensive mortgage solutions.

He resides in Alpharetta, Ga. Married to his wife Chick since 1988, two children, Melissa and Louis Jr., two grandchildren Georgie and Winston and son-in-law Fred Stuk. He is a passionate fundraiser for the American Cancer Society, Children’s Miracle Network and Northpoint Church.

We used Northpoint Mortgage to purchase our first home in Georgia, and we were extremely satisfied. Lou and his team were highly responsive, informative, professional, and fair with rates and pricing. All of these were key in our ability to purchase and close on our home in the low inventory market. We will continue to work with Lou in the future and we recommend you do as well.

Lou Sarris & his team are absolutely great! I’ve done 3 mortgages with them, and every closing has been very smooth.

Lou and his team are always great to work with. This is my third loan through him and won’t be the last. Thank you!

I am so thankful to have a long term working relationship with Northpoint Mortgage. No matter how many curve balls I throw at them, they always work their magic to get me just where I need to be in regard to my home and finances. Thank you Mark and Lou!

Northpoint Mortgage made the home buying process a breeze! Lou is truly the best and we were so grateful to work with someone who was straightforward, honest, and fair. 10/10 recommendation!

Lou made our experience as stress-free as possible and was available anytime we called or texted. Highly recommended!

Lou and the rest of the team were great! Very helpful, professional and timely!! Thank you!!

Northpoint mortgage was fantastic for our refinance. We tried to refinance through our current lender a year ago, and it did not go so well. So I reached out to Lou at Northpoint, and it couldn’t have been better. Not only did he get us a better mortgage and a better rate, but we closed in just over a month. It could not have been an easier, better experience.

Lou Sarris at Northpoint was referred by our builders and It was an awesome experience. He was always available and educated us on the process and our options. He kept us informed and advised on how and when to do the many tasks involved. Lou made the whole mortgage experience painless and even enjoyable. Great guy and great company. I would highly recommend Lou to anyone looking to purchase or refinance.

We had a wonderful experience with the financing and closing of our new home. Lou and his team made the process very simple. Thank you so much!

Working with Lou and his team is always the best experience! They are so helpful and on top of everything and make the buying process easy.

Lou and his Team at Northpoint Mortgage of Roswell were amazing to work with. The process was flawless and worked like a fine Swiss Timepiece. I would highly recommend using them to secure any mortgage needs you may have!

Lou Sarris and the whole team are so wonderful to work with!

Northpoint Mortgage is wonderful. I have used them twice now for closings. Lou Sarris and his team are amazing! They are all extremely professional. Lou does his very best for his clients. We are getting ready to use them again on our refi! Use Northpoint you will not be disappointed.

Lou and his team exceeded our expectations. All aspects of the process were seamless and we were well informed through the entire event.

I have worked with Lou Sarris for more than 5 years. He has always been extremely helpful and competitive. Top quality team made a stressful process uneventful. Transparent and efficient. I definitely recommend him and his team.

Lou was always available and was very friendly. His whole team went above and beyond. It really was a fantastic experience. We would recommend them to anyone and definitely use them again in the future. Wonderful experience!

Lou Sarris and his team were fantastic! Couldn’t have asked for a better lender to work with us on our home purchase. They were quick, responsive, knowledgeable, attentive and made the entire process so smooth and easy! So thankful for this team and would highly recommend to all! Thank you Lou, Therese, and Beth!

Lou Sarris and his team did an amazing job on our loan. They were able to get our loan approved and closed 10 days ahead of schedule. Thank you Lou and team, you are our lender for life!

Lou did a fabulous job communicating with on-site D. R. Horton sales agent through the entire process of the loan all the way through closing. Very smooth closing and much appreciated!

I had a terrific experience working with Northpoint Mortgage. Lou was fantastic and very helpful. I am so glad I was referred to him.

Hey Lou! I can’t thank you enough for all of your help throughout the whole mortgage process. You made sure that I understood exactly what was going on, and that is greatly appreciated. Hope you are well, and that school is going smoothly for your son. I enjoyed our conversations! Again, thank you for everything.